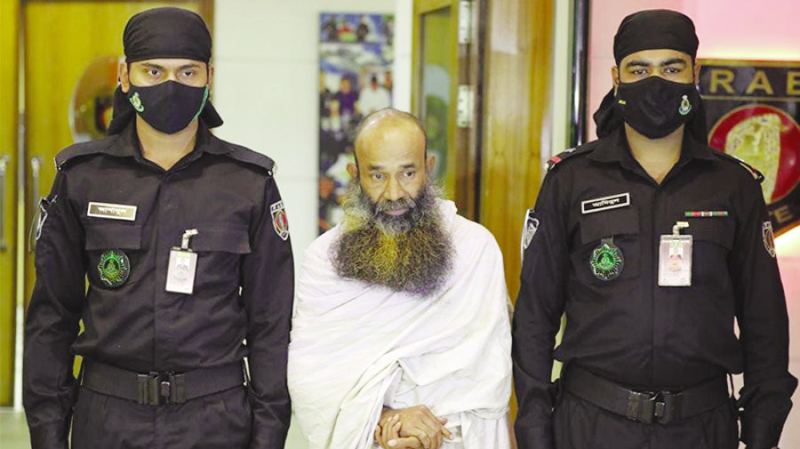 DOT Desk : [2] The Rapid Action Battalion (RAB) claims to have arrested a “serial killer,” who took up the guise of a Baul singer to prevent law enforcers from arresting him for the murder of three people in Bogra some 20 years ago, reports Dhaka Tribune.

[5] “All three murder cases filed against him were over turf wars in Bogra. He was known as a fearsome criminal in the district,” Moin said.
[6] Helal was given life sentence over two murders in 1997 and 2001, the RAB official said, adding that he is accused of a third murder in 2006.

He was arrested in 2015 in a theft case filed in 2010 and secured bail before fleeing Bogra and coming to Dhaka in a “shrewd move”, said the senior RAB official.

“He has been living as a drifter in different parts of the country for about seven years, and living with a woman near Bhairab railway station for the last four. He would sing at the station and make a living taking alms from people,” Moin added.