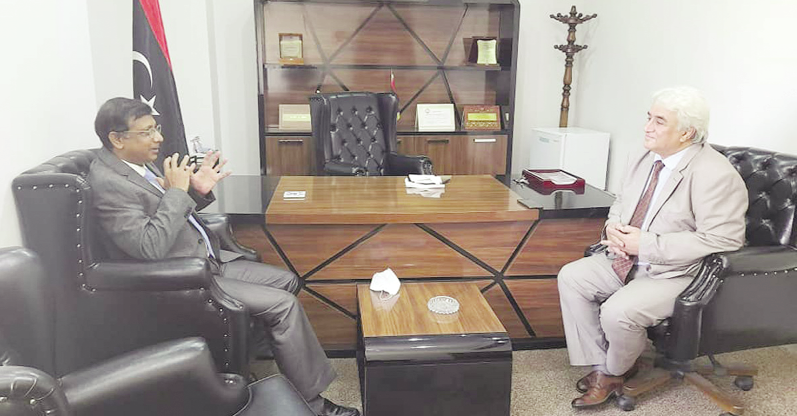 [3] The Ambassador also sought cooperation from Libya for curbing the illegal migration.

[4] According to the Bangladesh Embassy in Libya, a delegation led by the Ambassador paid a visit to Benghazi and called on the Libyan government high-ups for ensuring welfare of the expatriates living in eastern region including Benghazi.

[5] The Ambassador also called on the Undersecretary of the Ministry of Interior, Bashir Al-Amin and discussed various issues of bilateral interests.