[1] Allegations of BCL attack on Qawwali singing programme at TSC 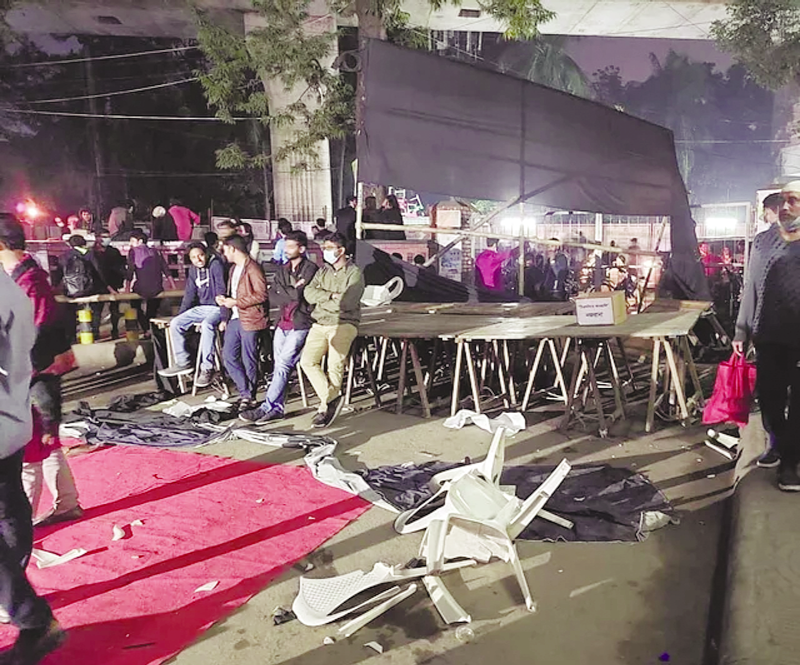 Shahnaz Begum of DOT
[2] A group of miscreants have vandalized a Qawwali concert held at the Teacher Student Center (TSC) of Dhaka University (DU). Another group of students vandalized the stage and chairs and beat up the organizers and artists. However, the BCL leaders claimed that they were not involved in the attack. The attack took place due to conflict between the organizers, reports Prothom Alo.

[3]However, the BCL said that there was a difference of opinion among the organizers on various issues such as whether the Qawwali was signed according to Shariah and Tarika, or whether women could come, reports Dhaka Times.
[4] Witnesses alleged leaders and activists of Bangladesh Chhatra League (BCL) of Dhaka University and Dhaka College units attacked the event with domestic wea-pons, reports TBS.
[5] Organizers claim that at least six people, including Raya Jahan, a second-year student in the university’s economics department, were injured.

[7] DU Proctor Prof Golam Rabbani said the organizers were told to postpone the event beforehand for health risks. “The incident (attack) is unexpected. We will be investigating the matter to find out who was behind the attack,” he said.