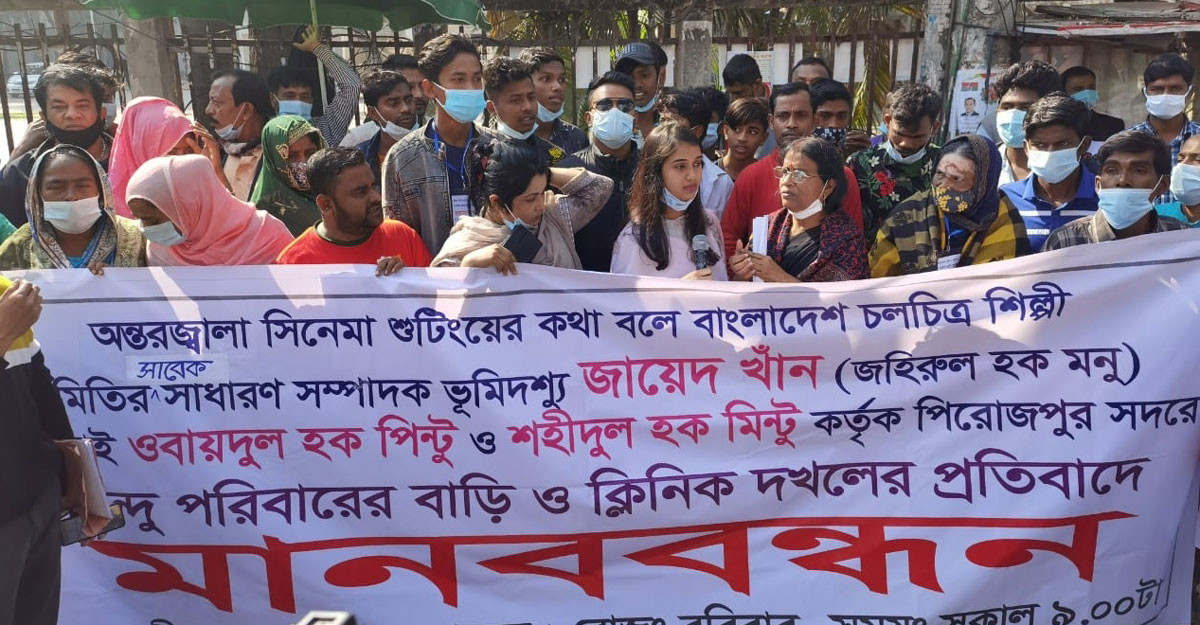 Hossen Sohel for DOT:
[2] Family members of the victims claimed that Zayed Khan had occupied Hindu land and a clinic in Pirojpur Sadar, citing the shooting of the movie ‘Antar Jwala’, report Somoy TV, Dhaka Post. Zayed Khan’s brothers Obaidul Haque Pintu and Shahidul Haque Mintu are involved with this grabbings. The clinic is known to have 40 beds.

[3] In a press release, the complainants said that Zayed Khan and some of his armed men attacked Geeta Rani and her family on the fifth floor of a five-storey building on March 21, 2016 at 2 pm. At that time, they forcibly looted money and the ambulance of the clinic.
Before looting, Zayed Khan beat the Gita queens, beat her husband and left her on the railway line in Jhenaidah.