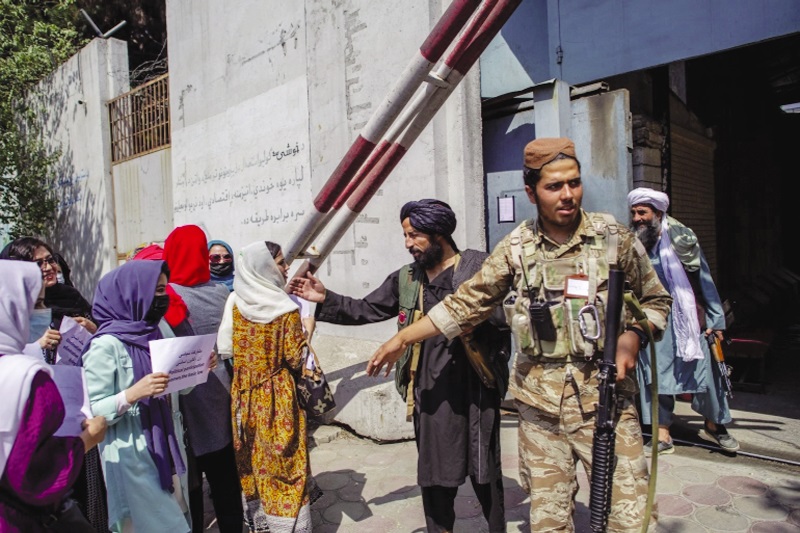 AlJazeera : [2] Kabul resident Rahela Nussrat, 17, is in her final year of high school, but she has not been able to attend classes. The reason: Afghanistan’s new rulers have decided to keep teenage girls out of school for now.
[3] Last month, the Taliban announced schools would be opening, but only boys of all ages were asked to return to school, leaving out secondary school girls. The move has raised questions about the group’s policy about women’s education.

[4] The Taliban said “a safe learning environment” was needed before older girls could return to school, adding that schools will reopen as “soon as possible”, without giving a timeframe. “Education is one of the most fundamental human rights, but today, that basic right has been taken from me and millions of other Afghan girls,” Nussrat told Al Jazeera.

[5] Afghanistan had struggled to get girls back into school during the Western-backed government of President Ashraf Ghani. According to a 2015 survey (PDF) prepared for UNESCO by the World Education Forum, nearly 50 percent of Afghan schools lacked usable buildings. More than 2.2 million Afghan girls were unable to attend school as recently as last year 60 percent of the total children out-of-school in the country.