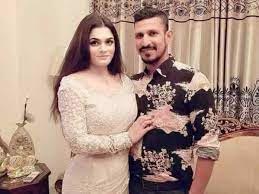 [3] During today’s hearing, defence lawyer Kazi Nazibullah told the court that the marriage between Nasir and Tamima was solemnised following the rules of Muslim Law. So, the charges brought against them should be dismissed, the lawyer added.

[4] The prosecution opposed saying that the complainant did not get any notice regarding divorce as it was not duly served. So, the charges brought against the accused should be framed, the prosecution added. After hearing both the sides, Additional Chief Metropolitan Magistrate Md Tofazzal Hossain set February 9 for passing an order on whether to frame charges or not.
Nasir, Tamima and her mother on December 20 last year got bail from the court after they surrendered before it.

According to the case documents, Tamima tied the knot with Nasir without divorcing the complainant.