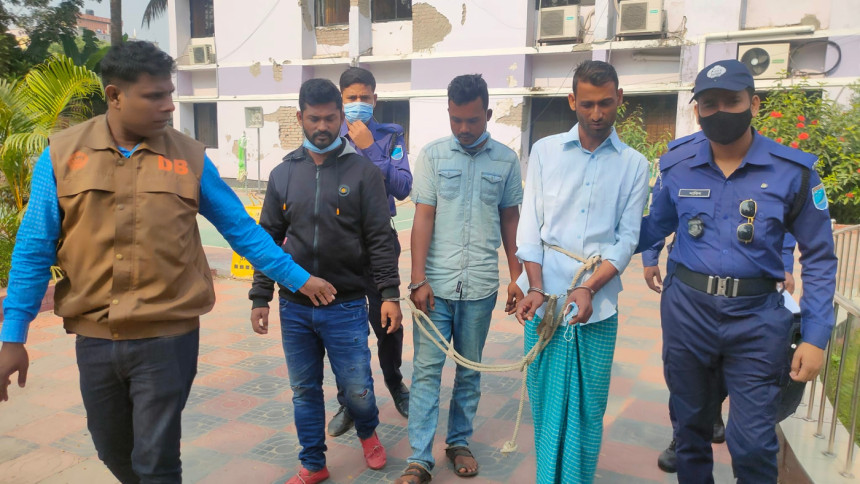 [3] The arrestees are Mohammad Nazir Hossain (36), Mohammad Faisal (28) and Mohammad Milon (34), all from Mashadgaon village of Louhjanj upazila of the district. “The three accused had been monitoring the victim’s movement for a long time as he had to visit a Bank Asia branch frequently.

On the day of the murder, they blocked Abdul Barek’s way and snatched a bag he was carrying. After finding no money in the bag they indiscriminately stabbed him with sharp weapons and left the spot,” said the SP.

“Abdul Barek’s bag, two sharp knives used in the killing, a lighter shaped like pistol, and a motorcycle were recovered during the arrests,” added the police official.