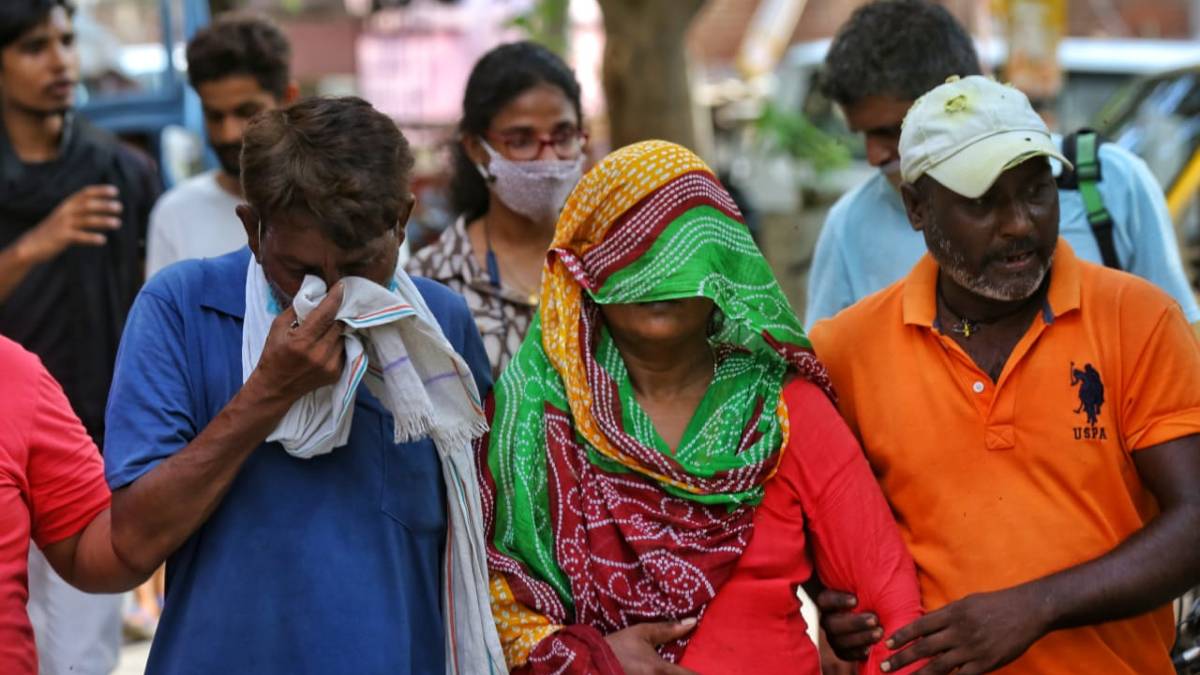 The Print: [2] A nine-year-old Dalit girl was allegedly gang-raped, murdered and then cremated by her attackers in South West Delhi Sunday evening. All that was left of her for the forensic team to collect were her legs apart from her ashes, Delhi Police said Tuesday.

[3] Four suspects were arrested Monday — a priest, Radhe Shyam, along with Laxmi Narayan and Kuldeep who worked with the priest, and Salim, a resident of the area — a day after the child’s mother identified them.

[4] Family members and relatives of the victim as well as residents of Purana Nangal in the Delhi Cantonment area, where the family lives, have been protesting since Monday evening, demanding the death penalty for the accused.

Speaking to ThePrint Tuesday, the child’s mother said that “only the death penalty through a fast track court” will bring justice for her daughter.

Bhim Army chief Chandra Shekhar Aazad, along with activists, Bhim Army members and leaders of the Dalit community, joined the protest Tuesday, demanding strict and immediate action in the case.

Aazad’s team had visited the victim’s family Monday and offered their support. “Our struggle will continue till justice is done,” Aazad had posted on Twitter.