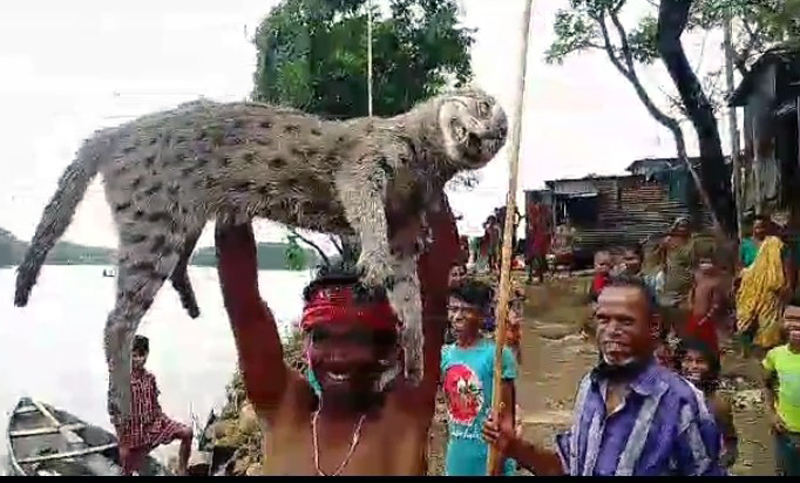 Imrul Hossain for DOT
[2] The locals revelled after beating a fishing cat to death at the protected area of Tanguar Haor, report Kaler Kantho, Somoy TV. The incident happened on Tuesday afternoon.
[3] A celebratory video of the locals after killing the wild cat went viral on social media platforms.
[4] According to the witnesses, the locals spotted a wild cat near Baghmara Kanda adjacent to Golabari of Tanguar Haor.[5] Later, a group of people led by Samran Ali caught the feline and began to display it. At one stage of reveling, the local beat the fishing cat to death with a pointed weapon.

Samran Ali confessed to the journalists that he did this fearing that the cat would attack the children.[6] Meanwhile, the wildlife conservationists expressed concern over the death of the wild cat.They said that Tanguar Haor is a protected area. The people assigned with protecting Tanguar Haor failed to make the locals understand.