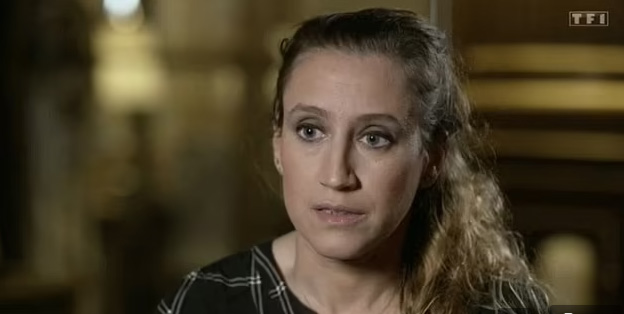 AFP:[2] A French woman went on trial on Monday (June 21) for killing the man who raped her for years as her stepfather before becoming her husband and pimp.[3] The story of Valerie Bacot has moved campaigners against domestic violence, with hundreds of thousands of people signing a petition for her release.”I had to put an end to it,” Bacot, 40, wrote in a book published last month called “Everybody Knew”, adding: “I was afraid, all the time.”

[4] The trial, which opened in Chalon-sur-Saone in France’s central Burgundy region, is due to run through Friday.
[5] Bacot was 12 when her mother’s partner, Daniel Polette, who was 25 years her senior, raped her for the first time.He was sent to prison, but after his release returned and resumed the serial rapes.”He told my mother that he wouldn’t start again. But he did,” she told the court.

At 17, Bacot became pregnant, was thrown out of the house by her alcoholic mother, and went to live with Polette.

“I wanted to keep my child. I had nobody. Where could I go?” she told the court.

Polette, also a heavy drinker, became increasingly violent, attacking her with a hammer at one point.

“At first he would slap me, later that became kicking, then punches and then choking,” she said, describing her life as an “extreme hell”.

Polette ordered her to work as a prostitute for truck drivers, using the back of a Peugeot people carrier, and gave her instructions through an earpiece he forced her to wear to make sure she complied with the demands of clients whom he charged between 20-50 euros (S$32-S$80).

Investigators established that Polette threatened to kill her if she refused, pointing a gun at her many times.